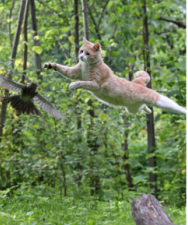 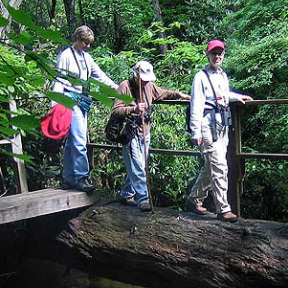 Shortly after its founding the Club played host to the Carolina Bird Club and was instrumental in designating Greensboro as a Bird Sanctuary.

From its inception, the Piedmont Bird Club has incorporated field trips, social events, and educational activities into its very fiber.  Bird watchers have roamed the environs of the Triad working on life lists, collecting statistical data, or just for pure enjoyment. The Spring and Fall Picnics and the Holiday Dinner have encouraged fellowship while quality speakers from near and far have enhanced our educational programs. A legacy of commitment to preserving the environment has been passed on to its current members.
Modern technology has changed much of the way the Club operates. Streetcar rides to birding sites have given way to road trips to expand our explorations. 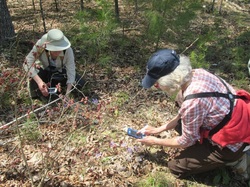 Phone lists are supplemented by email listserv, and field guides, maps and photos can be in your pocket 24/7 via your cell phone. 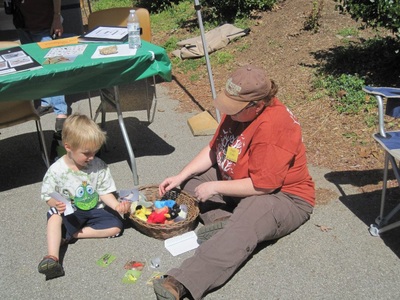 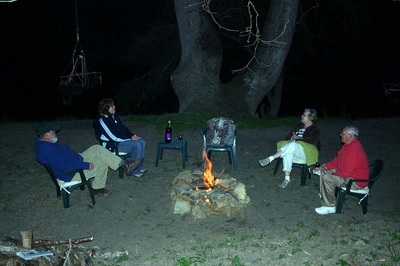 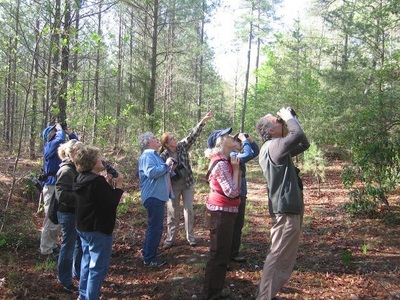 PBC HISTORY: INTO THE NEW MILLENNIUM

The first PBC history was compiled by Etta Schiffman in 1973. It detailed club activities from its inception in 1938. Grace Draper put together a continuation of that work in 1988, as a 50-year anniversary edition.

A few excerpts from 1973 history include:

“Some of you may be surprised to learn that our club began as an anti-cat club. … a group of earnest citizens, concerned by the depredations by cats on the bird population, …approached the city council to see if something could be done by a city ordinance to stop, or… control the depredations. They were told that only protests by an organized group would be considered.”

“And guess what the club dues were at that time -fifty cents! Undoubtedly the biggest bargain in Guilford County.”

“In 1942 we also held our first Christmas count. The tabulation of that first count was made in the home of Mr. and Mrs. Charles Swart, who provided a delicious waffle supper prior to the tabulation.”

In the early 40’s when gas was rationed because of the war, field trips involved a lot more walking.

“The following is an excerpt from the Greensboro Record of February 25, 1943.   ‘The field trip chairman announced the first trip of the New Year for Sunday, February 28, at 2:30 p.m., starting at Apple's Store on Asheboro Street. The group will take the bus to the store, and ride bicycles from there to Sharpe's Lake.’    Well, just plain old shank's mare turned out to be a good substitute for bicycles, not only on that trip, but on many subsequent ones.”

The 1988 history compiled by Grace Draper mentions the presentation of the Audubon Wildlife Films from 1955-1981.

“Subjects of the films were varied: nature, travel, bird and other animal life, with narration by experts in the fields or those who had produced the films. Among these have been Roger Tory Peterson and Allen Cruikshank.”   She also details some of the honors and wards to a number of club members for various services to the community, that the club donated funds to the Natural Science Center, and scholarships to sent students to Audubon Nature camps, and a list of many trips and expeditions, both local and farther away.

Other notable events since then include:


Etta Shiffman’s history ended with this paragraph, which is as fitting now (in our 75th year) as it was then:

“Finally, I could wish nothing better for the Piedmont Bird Club than a future as bright as the past. Some of us may not be around to celebrate its golden anniversary in 1988, but when that great day comes, may its members still be able to look back on a club that has never faltered in striving to achieve a conservation oriented community that appreciates the value and importance of our birds, animals, plants, soil, and all of our other natural resources.”